My Experience with CPL/MEP/MEIR (EASA & UK)

My Experience with Smart Aviation

Hi Everybody.
below is my review of Smart Aviation. I will also post a link to a short video of an Instrument module of my CPL on Youtube (CPL/MEP/MEIR - BIFM (Basic Instrument Flying Module). EPPO, EPZG, EPPO - YouTube) - https://youtu.be/b4O6_GWSPFY.
I'm based in London and travelled to Poznan to train.

What led me to Smart?
I had completed my PPL at Redhill Aerodrome with Harvard Aviation, then went to CAE Oxford for the ATPL Ground School as a Modular Student. On completion, I went to Florida for hour building where I accumulated over a hundred hours in Single Engine Piston aircraft and obtained an FAA PPL. The next step for me was to obtain a CPL, MEP, MEIR, however due to Brexit the choice was to get either a UK license or an EASA. The EASA option was tricky because you would need an EASA medical, recognition of your ATPL exams, plus registration with an EASA authority who would require a new round of training for the EASA PPL. I found a small number of schools in Europe where I would be able to take the CPL/MEP/MEIR and obtain a license for both the UK and EASA.

Why choose Smart Aviation?
I had a few lengthy conversations with Bartho who is the sales manager at Smart Aviation and had previously led sales at Bartolini for several years. Bartho is a genuine guy, who never oversells, he tells you the truth, I found him to be a wonderful person who goes beyond to help you and is supportive whenever needed. Whilst looking at UK schools, I came across an instructor who used to teach at Smart also and she gave me valuable, honest feedback. The price was fantastic of course, however the benefits were numerous including:
Training at an International Airport (Poznan EPPO). This makes a BIG difference in subsequent courses in being able to adapt to corporate/airline flying.
The aircraft used were twin engine, new and almost new MEP aeroplanes.

Teachers
The instructors were tremendously experienced with tens of thousands of hours each.
My Instrument Rating Simulator instructor (Karol) was a training captain for one of the worlds' leading airlines and his teaching style was incredibly professional and personalised. I found his training developed me solidly for the next steps of my career.
The MEP and MEIR Skills training was done with Matteusz, the owner of Smart Aviation who also was a captain at a major airline and had accumulated thousands of hours. I learnt so much from him. He was patient with me and never displayed any agitation if I made mistakes. Matteusz goes beyond in helping his students not just in flying, but in matters of everyday life.
My CPL training was with AbdurRahman who was fantastic.
Others to note include Ahmed, Jerzy and Michael. All wonderful people who I learned so much from.

Accommodation
I stayed in student accommodation in town which was clean, newly renovated, had great views, had a gym, and was very cheap. The Old Town is about 10 minutes walk from the school accommodation and has a fantastic variety of restaurants

Travel to the School
I would use an app called Bolt which is similar to Uber. This was very cheap compared to the UK and the trip was approximately 15 to 20 minutes.

The school
The school is located at Poznan international airport in the General Aviation terminal, a 3 to 5 minute walk from the main passenger terminal. The apron was accessed via the Cargo terminal and so high visibility vests are required and security screening on each entrance. There is a McDonalds within 1 minutes walk from the school and a Mall in the opposite direction about 10 minutes walk.

Conclusion
This was the moment I turned from a PPL pilot to not just a corporate pilot, but an airline ready pilot. The school and instructors, with their airline experience have developed/adapted SOPs which match those used in airlines. These SOPs are fundamental aspect of later training and flying from APS/MCC training to Type Rating and Line Flying.
The weather at Poznan from August to September was CAVOK almost everyday and was warm enough that I only needed a T-shirt.
In my 7 weeks there, I had days off to absorb what i was learning, so was not rushed and was able to build a solid foundation.
I only faced one, single disruption to my schedule throughout my time there and that was the day of my MEIR Skills Test. The day before my test, the airplane booked for my test had a coolant leak, which required the engine to be service/replaced. Any other school would say, sorry but we have to cancel your test, and wait for deliver of a new engine which could take several weeks. Matteusz however, had 3 identical model aicraft (Tecnam P2006T), brand new spare engines in his warehouse, and has his own engineers who he had replace the engine the same day. My test was re-scheduled for the following day and no issues were experienced.

The Skills Test
I had 2 skills tests, both at the end of all of the training. So I had completed the MEP training, then CPL training, then the MEIR training. On completion of all the training, I first took the CPL skills test, and two days later, the MEIR skills test. Both tests were acceptable for both Poland ULC (EASA), and UKCAA. I did not need to sit a separate skills test for each authority. The examiner was Jaciek who is known by everybody in aviation in Poland and was very fair in his examination. It was a pleasure to fly with him. The result was a pass and he had all the paperwork required for submission to the authorities.

The most difficult part of the whole process was after completion of the skills test, submission of paperwork to the authorities, UK and ULC. Anybody with experience submitting applications to the UK CAA will understand. I eventually received my UK CAA license by courier. I went to Poland to collect my EASA license by hand, as they require a signature. Bartho from Smart Aviation very kindly offered to collect my license on my behalf, however I found a cheap flight and went to Warsaw to enjoy the trip.

After Smart
I have since returned to the UK and completed my Advance UPRT with British Aerobatic Academy (fantastic company).
Today I completed my APS MCC with L3 Harris in London Gatwick on their A320 simulator. The APS MCC relies heavily on SOPs and without the foundation built by Smart Aviation I don't know if I would have passed.

Will I Recommend Smart Aviation?
Dumb question, of course I will.

Any Concerns?
My training took place during an unusually quiet period, so the availability of instructors and aircraft was good. Also the Administration team, Artur, Ania, and Ania were all very helpful.
As the aviation industry and training becomes more busy, Smart might need more admin staff, because paperwork, as i said, is the most difficult part of the whole process.

Below is the link to a video of one of my lessons.
https://youtu.be/b4O6_GWSPFY 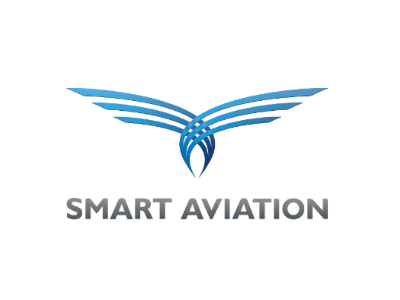 Smart Aviation is a modern international flight school based in Poznan, Poland. They… Read More