I started CPL MEIR training with Aeros Coventry at the beginning of August, from the outset they were fantastic.  I completed the training full time, starting with MEP/MEIR in the DA42 and doing my CPL in a PA28R Arrow II.

I completed my MEP/MEIR training in 5 weeks start to finish with a first time pass, followed by my CPL training which I had completed in the 2 weeks following.  All in all my training took 8 weeks, though I did get hit by poor weather for my CPL test which delayed the test itself, another first time pass however.

The instructors were great, I had Kevin Hunt for my MEIR and Andy Lowe for CPL, if you go to Aeros Coventry for training, highly recommend you do your training with them.

Max who looks after operations is also excellent, very helpful, very accommodating and really does look after you.

The PA28 fleet is a little ageing, though thats not uncommon for these aircraft in reality, and I did have a couple of aircraft changes during CPL, obviously still a PA28 though their were some differences between the aircraft, different avionics and long range tanks for example.  This was really the only "negative" feedback I could give them.

They are a bit more expensive than other schools, certainly some outside of the UK.  Personally, I felt it worth it, as in further training I have felt better prepared.  Much of that is down to individual instructor standards, though that has to be a reflection of the school. 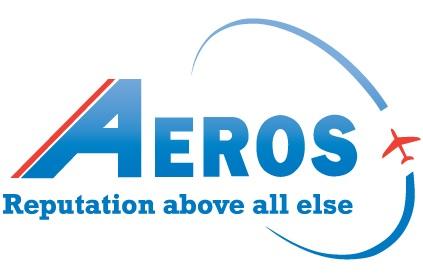 The Aeros Group is a large group of schools based at Coventry, Cardiff, Doncaster,… Read More