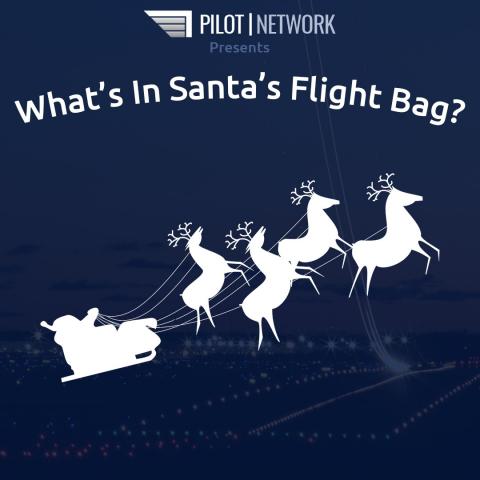 Ho Ho Ho folks! Have you ever wondered what good ol’ St.Nick carries in his flight bag? Everyone already knows that all of the presents (and coal…) are carried in his sack, but the contents of Santa’s flight bag have been a lesser discussed topic. This year Pilot Network is proud to announce that we have been granted exclusive access by Santa himself to what exactly it is that is carried during flight. We hope that you enjoy this never before detailed information!

Reindeers are the engines of Christmas night and all engines need adequate fuel to be able to operate optimally. Without them, Santa cannot circumnavigate the globe and deliver all of the presents on his list, or coal on the naughty list…

The designated grade for Santa’s nine reindeer is ‘R-D3R’ Reindeer Dust. This fuel takes into consideration the nutritional requirements of each reindeer, including vitamin A to enable them to navigate through NMC (Night Meteorological Conditions). The RD3R dust fuel also takes into consideration the freezing conditions experienced in the polar regions, as well as the hot temperatures and humidity around the equator. Rudolph has a slightly adapted dust fuel which enables his red nose to shine brightly all through the night.  A dust-fuel strainer is also carried to ensure that there is no contamination.

The Pilot Network Team must state that Santa does not carry much food for himself in his flight bag due to sleigh craft mass and balance. It is therefore important that all households leave mince pies and sherry to keep him fed and watered. It is also recommended to leave carrots for the reindeer convoy as it’s their favourite snack, especially Blitzen and Comet!

*External Covid-19 protocols are not relevant to Santa or his reindeer, as they have the latest Virus-Shield technology, which provides auto-immunity and prevents any infection or cross-contamination. This means that it is safe to leave food and drink items for consumption and also provides reassurance that Santa cannot spread Covid*

Every pilot needs a Kneeboard, which contains the Pilots Log and charts needed for their flight. As you can imagine, a Plog for Santa’s journey is a long one, with many waypoints, airways and procedure plates. A useful kneeboard has slots for all of the Plogs and plates needed, as well as being able to fit nicely in the cockpit without any obstruction to controls and instruments. All flight bags should contain charts, whether it be paper, or digital via a tablet, to enable safe and efficient navigation. As you can imagine Santa’s needs a LOT of charts as he must cover the whole planet. With all the different countries and landmarks, there are a whole host of departures and approaches, along with VFR and IFR charts. Jeppesen, who provides the charts for Santa’s Christmas operations, has released charts for the North Pole for public viewing, with the permission of the North Pole Aviation Authority, which can be found here. Keeping charts and journey logs up to date also serve as a back-up incase of any onboard navigational failures and keep situational awareness levels high.

There is also an ENROPs (Extended Nine Reindeer OPerations) checklist carried throughout Santa’s journey, which must be filled in prior to departure and throughout the flight to ensure safety and compliance with ENROPs procedures. ENROPs is adopted on this flight due to the long distances travelled between continents and takes into account reindeer tiredness and  scheduled rest periods. ENROPs rules require that in the event of tiredness of up to 4 reindeer at any one time, the remaining 5 can continue for 180 minutes at the 4 reindeer inoperative cruise speed and execute safe approaches.

The polar compass isn't just any old compass. This special tool points to the Santa North Pole, instead of the magnetic north pole. This means that whatever happens with the onboard navigational equipment, there is always a direct route back home to Mrs Clause. The polar compass has incorporated into it a 3-way switching feature which enables tracking using the magnetic and true north poles. Unlike general compasses used in normal day to day aviation, there is no compass lag as special polar glitter fluid is used.

A special multi-colour torchlight is also carried, because red light is best for night time usage while flying as it doesn’t dazzle the vision. The white LED light is used for the sleigh-craft walkaround and the other colours, well, why not because it's Christmas and multi-colours are very christmassy!

The last thing Christmas needs is a broken sleigh! For this reason Santa carries a spare sleigh in his flight bag as a quick solution, just in case there is a problem with his active one. You may wonder where is the room for this, but if there is room for all of the world’s presents in Santa’s gift sack, there certainly is room for a sleigh in his flight bag! If there are any further problems, Mrs Clause, who is also a qualified pilot and engineer, is on standby at the North Pole and can fly out spare parts on Sleigh Force 2, or another sleigh to save christmas. All sleighs do come fitted with the latest navigation equipment, including ATAS (Auto Traffic Avoidance System) which enables safe navigation around other traffic, without them even noticing so as to avoid any alarm. It has however been noted that there have been many sightings by pilots of Santa and his reindeer and it is customary to flash the landing lights on and off as a salute.

All sleighs also come with a state of the art GPS computer to be able to accurately navigate around the globe. The Pol-Sat 7000 uses its own latest satellites which are in high Earth orbit, approximately 37,000km above the Earth’s surface, providing constant uplink and downlink directly to the onboard receivers.These satellites come with their own ephemeris database and provide accuracy like no other technology known to humankind. They are masked from other receivers so there is no danger of signal interference or attenuation, however a select few in high authorities, including the NPAA (North Pole Aviation Authority), FAA, UK CAA and EASA  do have access so that they can keep a watchful eye on Santa's whereabouts just in case of any emergencies. One of the unique features of the Pol-Sat 7000 is that it is calibrated to Santa's North Pole coordinates and takes into account time dilation. What, you didn’t think that all of the presents were delivered in a single earthly 24 hour time frame did you???

Sometimes, Santa likes to go back to basics and hone his skills as an aviator by using a CRP-5 flight computer to calculate speeds, distances and time, amongst other aviation related calculations. This keeps his brain exercised, especially on long legs and also serves as a backup just in case there is a temporary failure of the onboard flight computers. A DP-1 plotter is also available in the event of an unplanned diversion or re-route. Captain Santa does advise all aspiring pilots to practice using the CRP-5 and DP-1 during their flight training, especially for ATPL exams.

Santa and his reindeer use noise cancelling headsets so they can communicate with each other whilst being protected from the whooshing sound of the wind and the jingle of sleigh bells. These headsets also come with active heat pads to protect against the harsh weather conditions experienced enroute. They can also be used to communicate with other pilots on frequency, so if you’re a pilot flying around on christmas night, make sure to keep a watch on 123.45 ;-)

There are also a few spare hats carried, just in case the winds pick up a bit too much and blow them off Santa and the reindeers heads.

Adaptive night-glasses, unlike sunglasses, make dim objects brighter in low light/night conditions. This is useful as Santa navigates through the night and needs to see where he is going. This specific eyewear is particularly useful for houses and landmarks which aren’t well lit, by increasing the luminosity of photons and also having infrared night-vision mode incorporated into them. There is also an LDO (Lens Display Overlay) feature where flight parameters and global navigation charts are displayed on the lenses, which is a more accurate alternative to a HUD (Head Up Display). What’s new for 2021 is that this LDO also comes with the latest NONY  (Nice Or NaughtY) feature which labels landmarks by delivery designation of presents or coal, depending on the behaviour of the recipient over the previous 12 months. Landmarks which are to receive presents are outlined in blue, coal as red and places where there are a mix of nice and naughty inhabitants have an orange outline. In bright light conditions, such as when flying over busy cities,  the light receptors in the lenses adapt to enable a smooth transition between environments, without compromising on safety or efficiency.

Santa’s movements on the ground must be kept very covert so that he isn’t seen by humans and ruin the surprise on christmas morning. This is the reason why Santa carries a low-viz jacket whenever he exits his sleigh. This special attire acts as a masking apparatus, so that whilst his reindeer can still see him, humans cannot. Animals on the other hand can see Santa due to their 6th sense, however because he can speak to animals there is an understanding not to make noise and cause alarm to residents. Sometimes the reindeer can be startled by animals, so therefore Santa tries to keep them at a distance.

For normal human pilots in everyday operations, it is important to wear a Hi-Visibility jacket whenever around an aircraft manoeuvring area.

Well, that culminates in exploring the contents of Santa’s flight bag, we hope you enjoyed the privileged insight - We sure did!

The Pilot Network Team would like to take this opportunity to expressly thank Santa and his team, including his excellent team of reindeer, along with the North Pole Aviation Authority for granting us exclusive access for this article.

Some of the items carried in Santa's flight bag are not available to the public, upon advice from the Senior Elf’s risk assessment, however the ones which are available can be found at www.pooleysflightequipment.com. If you use our special promo code ‘PilotNetwork5’, you will receive a discount off your order. Remember, every pilot has a well equipped flight bag. Preparation is one of the keys to success.

If you would like to track Santa and his team of reindeer through the night, you can visit NORAD Santa Tracker to follow their route and make sure they come and pay you a visit!

We at Pilot Network hope that everyone has a Merry Christmas and a Happy New Year.

P.s. Thank you Santa and Mrs.Clause for the amazing mince pies and polar candy canes you made for us! We will surely be back next year for more ;-) 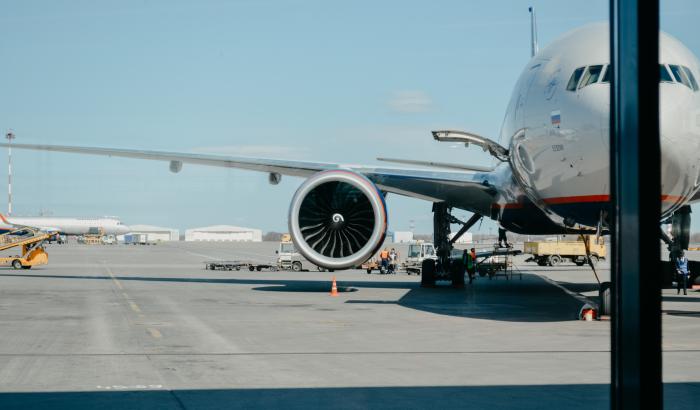 Life as an Airline Pilot 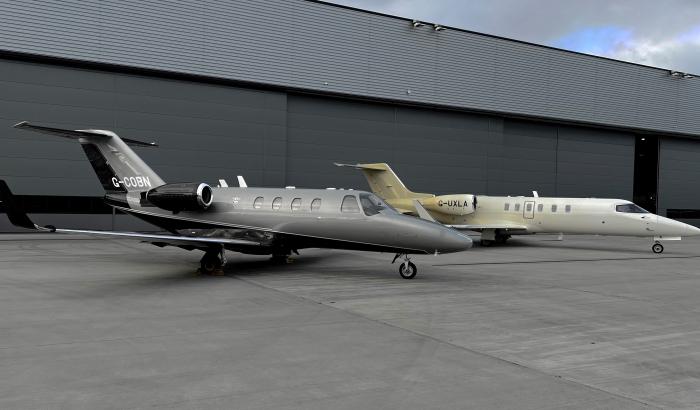 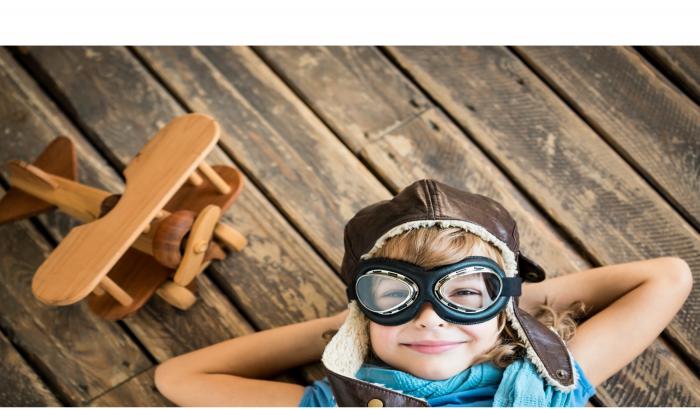 Flight training at a glance

Life as an airline pilot at a glance 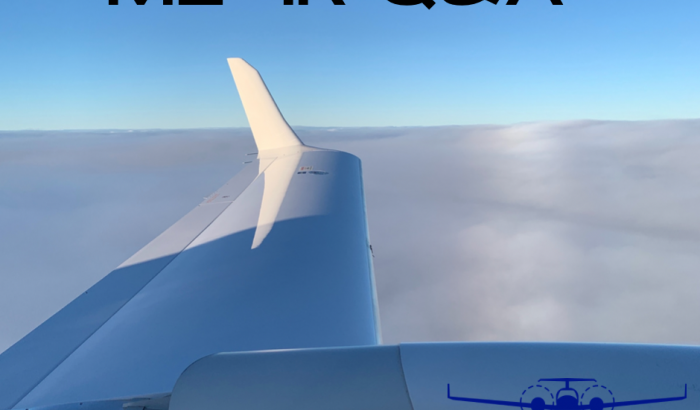 How to keep your ME-IR current

END_OF_DOCUMENT_TOKEN_TO_BE_REPLACED

Life as an Airline Pilot 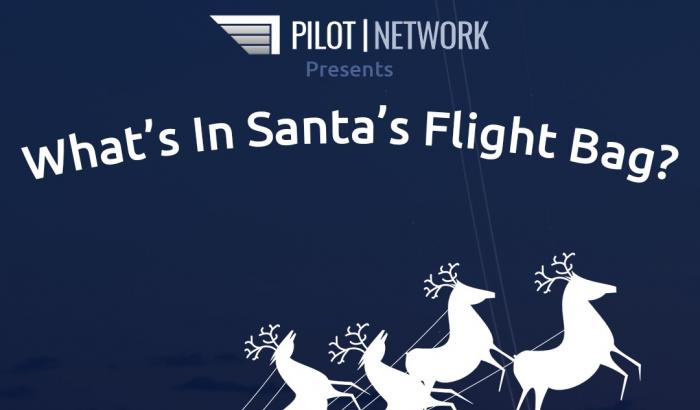 Flight training at a glance

Life as an airline pilot at a glance

How to keep your ME-IR current

18/11/2021
In this article UKFlying.com will explain what is required to keep your ME-IR current or… 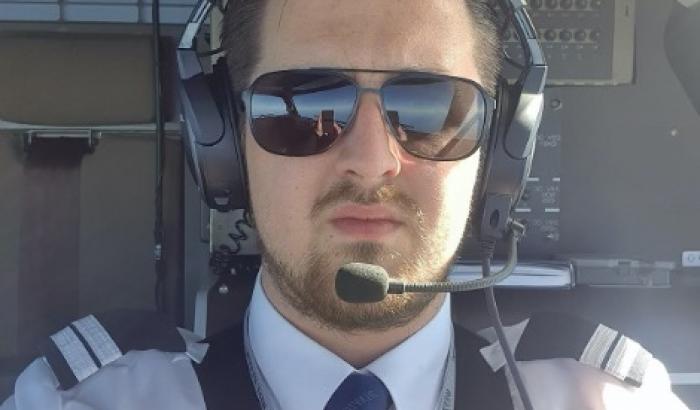